The Upper Montclair train station on Bellevue Avenue, directly north of Anderson Park, played a role in the park’s creation and was an engine of change in the growth of Upper Montclair.

Train service was introduced to Upper Montclair in 1872, when a smaller station occupied the site. It was replaced in 1892 by a structure with Renaissance Revival and Tudor elements. That building, on the National Register of Historic Places, sustained major fire damage in 2006 and was rebuilt, with a similar look, in 2010.

The station’s proximity was deemed a plus when evaluating the suitability of the proposed Anderson Park site. In 1902 an editorial in The Montclair Times declared that stepping off the train and seeing a lovely park would be good public relations for the town: “If there is any one spot above all which should be well kept and beautiful, it is the land about the railroad station, where the stranger receives his first impression of a place, for better or worse.” 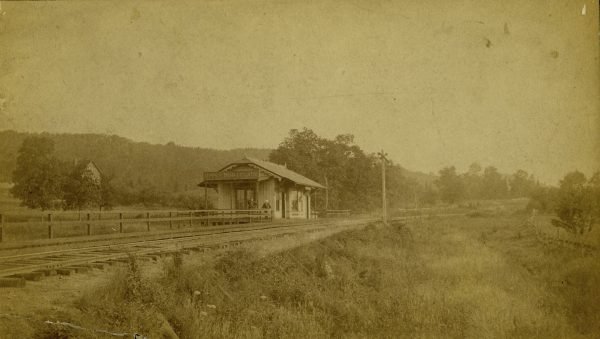 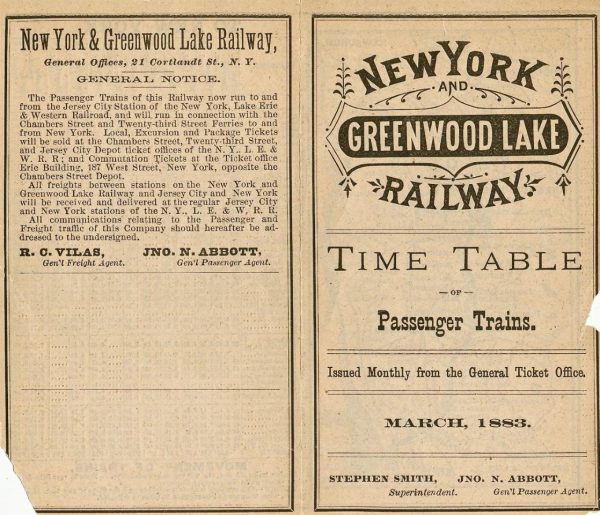 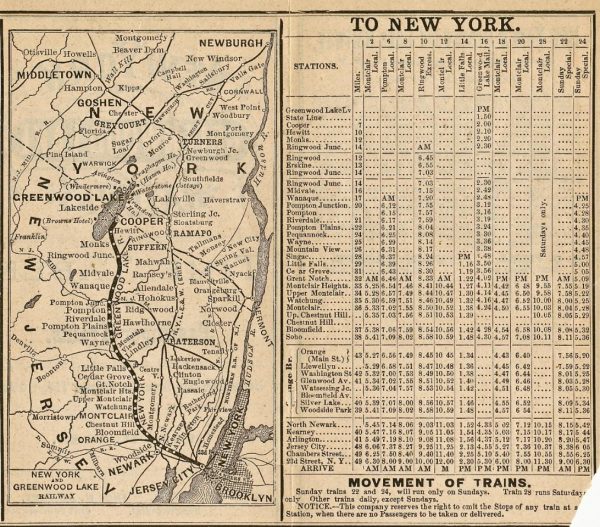 A time table for what, in 1883, was the New York and Greenwood Lake Railway. At the time, Chestnut Hill had not yet become Glen Ridge, Montclair’s Mountain Avenue Station was still to be built, and a commuter could board at the Upper Montclair Station and get off the ferry at Chambers Street in Manhattan within an hour. (Philip Edward Jaeger Collection) 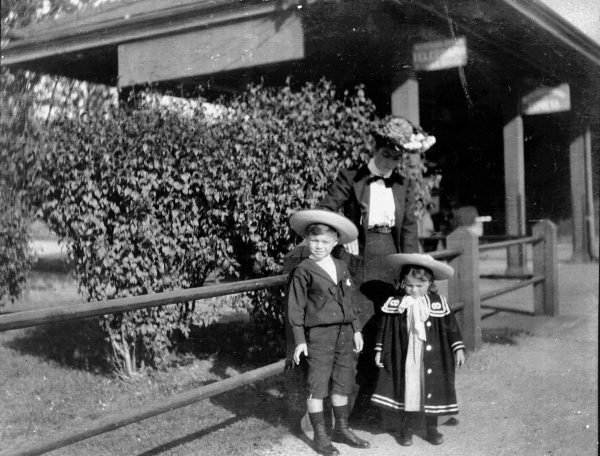 A sales brochure for Oakcroft, a subdivision immediately south of Anderson Park that appealed to New York City commuters, described its location as a “five minutes walk through the Park from the Erie Upper Montclair Station.” Riders bound for Jersey City or New York wait on the platform in 1911. (F.W. Poecker, via Philip Edward Jaeger Collection) 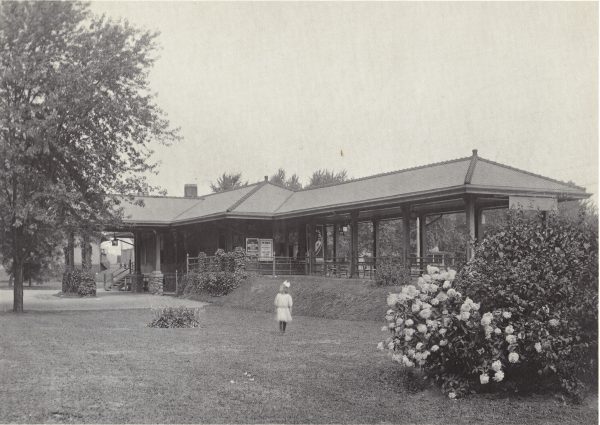 The second Upper Montclair train station was built in 1892. In 1910, when this photo was taken, a lawn covered what is now a parking lot. (Courtesy of the New Jersey Midland Railroad Historical Society) 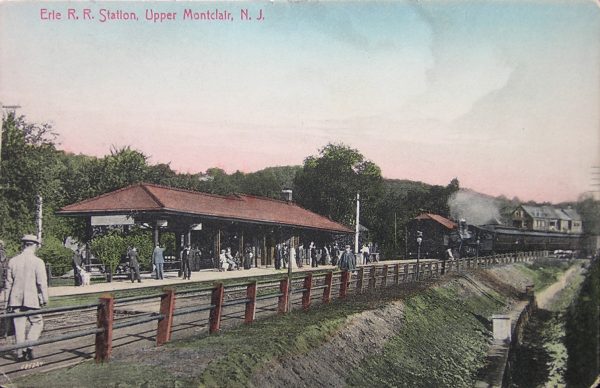 Commuting in 1911: Oakcroft, a subdivision south of Anderson Park that appealed to New York City commuters, described its location as a “five minutes walk through the Park from the Erie Upper Montclair Station.” (F.W. Poecker, via Philip Edward Jaeger Collection)