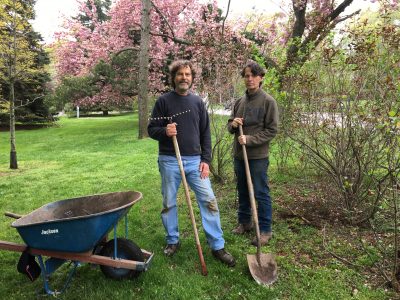 Scott established Friends of Anderson Park in 2006 when the site was undergoing a $1 million renovation by Essex County. In the days before the Olmsted maps for the park were digitized, he went to Boston to view copies of the original maps and planting plan for the park. Today he uses these as guides for future planting. In 2013 and 2019, Montclair Township gave Friends of Anderson Park a Preservation Service Award, recognizing his work. He is a longtime environmentalist and has a background in property management. In addition to his dedication to planting, he is an artist working in several mediums.

Lisanne has an M.S. in historic preservation from Columbia University and was the lead researcher and author of the National Register Nomination Report for Anderson Park. She leads a historic walking tour of the park every May. She is also the Program Director and Volunteer Coordinator for Friends of Anderson Park. In 2019, Montclair Township’s Historic Preservation Commission presented her with a Preservation Service Award. 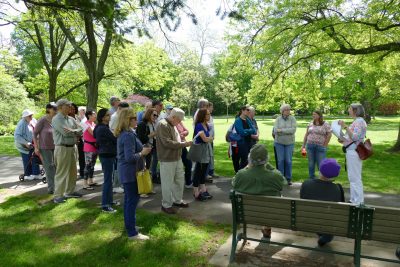 John has been working as a horticultural consultant, garden designer and landscape architect’s assistant since 1987. He spent 22 years at Metropolitan Plant Exchange in West Orange as a horticultural consultant and manager; designed perennial gardens; and established a private shrub stock nursery in Colorado.  He has taught classes in gardening at the Reeves-Reed Arboretum in Summit and at public and private estates elsewhere in New Jersey. He studied botany at Rutgers University. Since 2007 he has served as a consultant to Friends of Anderson Park in Montclair, where he is intimately familiar with the 1904 Olmsted Planting Plan and the species on it, and is responsible for the planning and execution of several new planting beds in the park. In 2013 and 2019, Montclair Township awarded Friends of Anderson Park a Preservation Service Award, recognizing his contributions.

Ann Anderson Evans is the great-granddaughter of C. W. Anderson, who donated the land for Anderson Park. She is an award-winning memoirist, and her other work has been published widely.  She is also a judge for the Rising Star Award, run by the Women’s Fiction Writers Association. Ann taught freshman writing at Montclair State University for eight years, which ignited her interest in encouraging young people to write. In 2019 she started the annual Anderson Park Short Story Contest for creative writers in sixth, seventh and eighth grades.

Adam has loved Anderson Park since moving to Montclair in 1995. At times the unofficial photographer at Friends of Anderson Park events, he also inaugurated the Music Under the June Moon chamber music concert, which has been presented annually in the park beneath the Olmsted Oak since 2016. As a performer, he was last seen playing clarinet with a Muppet on “Sesame Street” when he was a child. 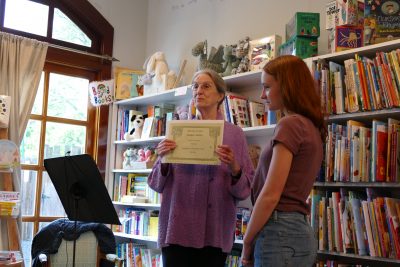 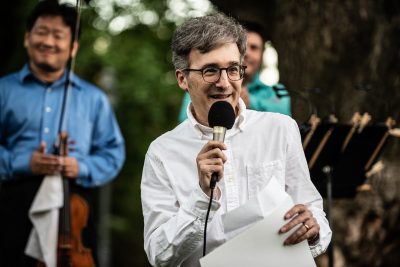