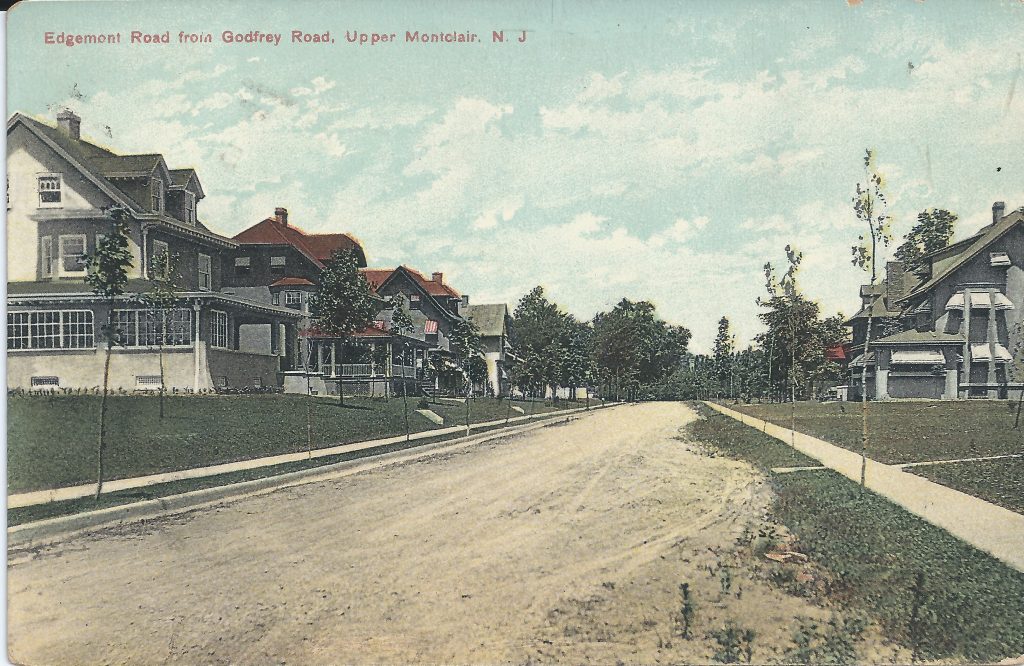 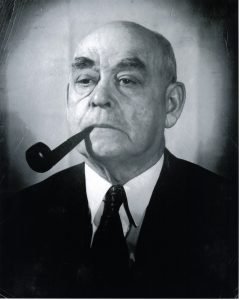 Aaron W. Godfrey – who had formerly owned a silver mine in Mexico, sold insurance and worked at newspapers – made his first foray into real estate development in 1906 by shopping for land in Upper Montclair. Attracted by Essex County’s newly created Anderson Park, he bought about 18 acres immediately south of the park and promised its landscape architect, John C. Olmsted, that he would build “fairly good dwellings” surrounding it. The result is Oakcroft, and for more than 110 years the park and its adjacent residents have been friendly neighbors, creating what the original Oakcroft sales brochure called “a residential park.” 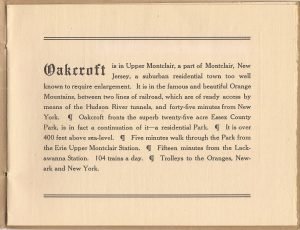 The Oakcroft sales brochure for the Godfrey Land & Building Company, from around 1908.

Montclair’s Historic Preservation Commission nominated Oakcroft for designation as a historic district, but in 2020 objections from residents shelved that effort.