“Try to catch this!” shouted Oliva. She whizzed the lacrosse ball through the air and over the goal. It was a warm Friday afternoon in May, and Olivia and her brother, Tom, had made their usual stop at Anderson Park on the way home from school. Tom watched the ball hit the grass next to a nearby tree and roll out of sight.

“I’ll get it,” Tom said as he dropped his lacrosse stick. He ran to the tree and looked through the grass, trying to find the ball under the bright sun. He found it lying next to a triangular-shaped rock. The rock was leaning on the side of an ancient tree trunk, seemingly trying to hide from the harsh summer heat in the shadow of the giant oak. Maybe I can use this rock in my science fair project?, Tom thought to himself as he picked up the unusual boulder. In the dirt crater where the rock used to be, the glint of shiny metal caught his eye.

Tom started to dig into the soft soil and pulled out a small metal tube with a gold cap on the end. Curious, he started to unscrew it. When he pulled off the top, a faded, yellow-tinted piece of paper fell from inside. Tom unraveled it to find a list of letters and numbers. In the bottom right corner, he read the initials “C.W.A.” At first he thought it was some elaborate prop placed there by another park-goer, but he decided to keep it in his pocket just in case.

“What’s taking you so long?” called Olivia from the field. After Tom jogged back he showed Olivia the strange note. “It looks like a bunch of gibberish,” she joked. Tom explained how he knew the initials C.W.A. had to mean something and how this could tie to something big.

Tom couldn’t get his mind off the writing on the way home. His mind lingered with thoughts. What could it mean? What mysteries could it uncover? He decided to research. Once at home, he opened up his laptop, trying to look for clues. For starters, the odd mish-mash of letters and numbers reminded him of coordinates. Tom punched them in on an online map and found it to lead right onto a large rock in Anderson Park. This can’t be a coincidence, he thought. He hopped onto the Anderson Park website and found that the rock the coordinates pointed to was a 20,000-year-old glacial rock from the Ice Age. This intrigued Tom further. But just as he was about to close his laptop and call it a day, he stumbled upon something. A tab on the website that read “About Charles W. Anderson.” Tom couldn’t believe his eyes. He looked at the laptop and back at the piece of paper. He realized that this was no prank.

The next afternoon, Tom and Olivia rushed over to the park in search of more clues. They found the large boulder lying in the shade. “Let’s make this quick,” said Olivia. “I have to finish my homework.” As Tom started digging in the rough soil, Olivia leaned on the rock and sighed.

Tom then heard a beep come from the rock. It slid backward and exposed a metal compartment with another tube waiting inside. Tom looked back down at the ground and found a rusty red button. He had subconsciously pressed it, opening the secret vault. Olivia opened their second clue to find nothing but a blank sheet of paper.

“This doesn’t make any sense!” exclaimed Tom. He looked at the paper again. “No initials, no clues, no nothing!” Tom thought about that blank piece of paper at school the next day. He was in science class staring at it blankly, tuning out the long lecture from his teacher.

“OK, class, time to start your experiments!” his teacher announced. Tom decided to put the page under the heat lamp while working and pick up on it later. While Tom was working, he noticed something from the corner of his eye. A string of black text magically appeared on the once blank page. Tom rushed over to the table. The page read: “The final treasure waits in the center.” Signed “C.W.A.”

Tom quickly told Oliva about his discovery after school. “It must have been the lamp,” he said. “Maybe it was written in some sort of heat-reactive invisible ink.”

“So what does it say?” asked Olivia.

“It said something about the final treasure waiting in the center of the park,” explained Tom.

“Well, let’s go already!” Olivia said excitedly. They rushed to the park and searched for any stand-out features. They saw a giant stump jutting out of the ground. It was covered with large gaping holes and had wrinkles covering the bark. Tom started searching for something that could reveal the final prize. Olivia climbed inside the giant trunk.

“Tom, look at this!” she called. Tom looked into the empty pit of the tree and saw the top of a small rusty lever peeking out from the ground. Olivia dug it out and pushed it forward. The sound of gears cranking drowned out their gasps as a small wooden box popped up next to the lever. “Quick! Open it!” exclaimed Olivia excitedly.

Tom pried open the crusty wooden box. He reached in and saw a small black-and-white copy of an ancient-looking photo. As Tom turned the photo over in his hands, he saw a message: “I, Charles W Anderson, hereby declare that the original photograph of the Olmsted Oak as depicted in this copy shall be bestowed upon the first person that shall open this box.”

“That’s lame,” said Olivia. “I thought it would be gold or something.”

Tom ignored her. He knew what Olivia didn’t. Charles W. Anderson had hired John Charles Olmsted, one of America’s most renowned landscapers, to design Anderson Park in 1903. Olmsted had taken the photo of the grand oak in the park, which later became known as “The Olmsted Oak.”

“This picture has historical value!” exclaimed Tom. He raced through the park carrying the box, with Olivia calling behind him. He knew exactly what he would do with the photo once he got it.

A few weeks later, standing next to the podium in Anderson Park, Tom stared at his sneakers, embarrassed at the attention. The Mayor announced to the crowd of over a hundred attendees: “Thanks to Montclair resident and student athlete Tom Ruiz, we now have this famous artifact back in Montclair for all local citizens to see and enjoy. Tom could have kept this as his personal property, but he chose to have it transferred from the Frederick Law Olmsted National Historic Site in Massachusetts to our Montclair History Center.” The audience applauded loudly. As Tom and Olivia bowed to the crowd, Olivia whispered to him, “Next time, we better find gold.” 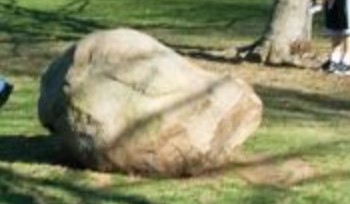 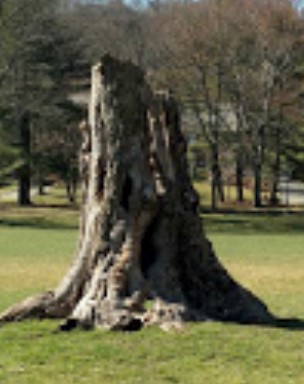 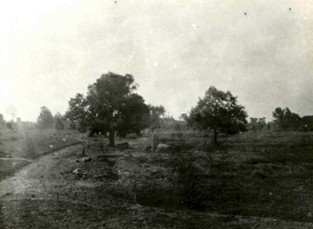