The Anderson family owned nearly all the land just south of Bellevue Avenue between Valley Road and Upper Mountain Avenue in the late 1800s and early 1900s. Over several decades, their developments helped shape the architectural, civic and cultural character of Upper Montclair. That commercial area is now a Township-designated historic district, and five buildings within it reflect the influence of two generations of the Anderson family. 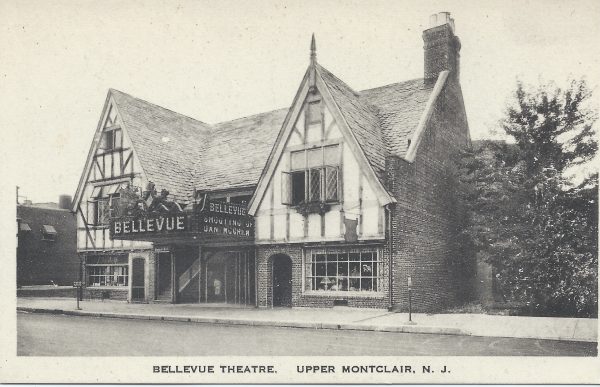 Opened in 1922 as a silent movie theater, the Bellevue helped solidify Tudor Revival as a dominant style in the Upper Montclair business district. (In 1925, above, it was showing “The Shooting of Dan McGrew.”) It replaced the Trunk Building, erected in the 1890s by Charles W. Anderson. His son Robert took the lead in developing the Bellevue Theater, which was designed by John H. Phillips. The building also featured Highgate Hall, a tea shop on the second floor. D.W. Griffith’s “Orphans of the Storm” was the Bellevue’s inaugural film, and for nearly a century the theater was a fixture in the town’s culture life. It abruptly closed in November 2017. Currently, there is an effort to reopen the building as a movie theater, restaurant and bar. (Courtesy Montclair History Center) 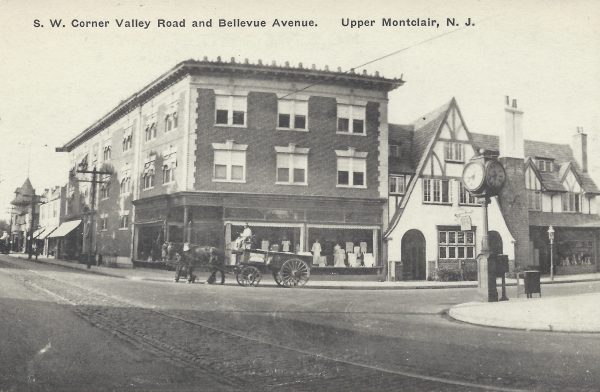 Built by the Anderson family in 1908, this corner building originally housed the Jas. B. Fox & Co. dry goods store on the lower level, with apartments above. In 1933, much of the street-level façade was redesigned by Theodore Visscher with limestone in the Georgian Revival style to be a bank. Ghost lettering for the Montclair Trust Company can still be seen on the Valley Road façade and the walk-in bank vault remains. An earlier building on the site was the first Upper Montclair school, erected in 1827. This postcard is circa 1919. (Wm. A. Burner, via Montclair History Center) 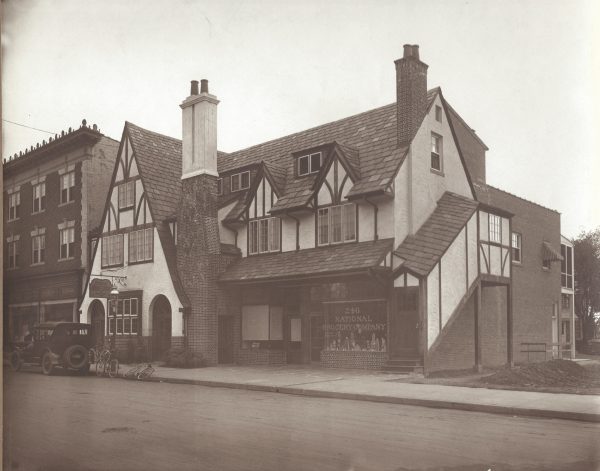 This Picturesque-Tudor Revival post office (now put to other uses) helped establish the Tudor style in the Upper Montclair Village. Built in 1918 and designed by Francis A. Nelson, it is on the State and National Registers of Historic Places. Shown here circa 1918. (Ann Anderson Evans Collection) 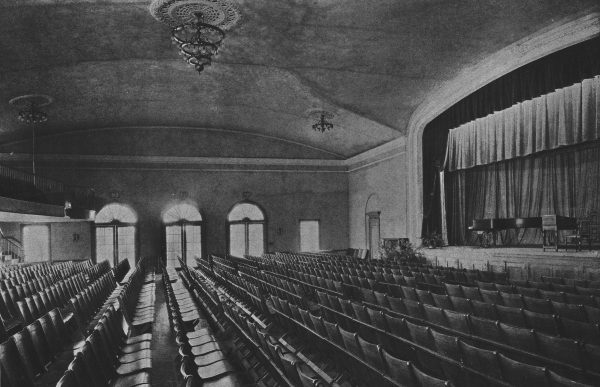 Charles W. Anderson and his wife, Annie, were prominent in community and civic affairs and noted for their local philanthropy. In the early 1920s, Charles Anderson offered $10,000 to any institution that would build a 1,000-seat auditorium in town, and the Woman’s Club of Upper Montclair accepted his challenge. The club constructed its clubhouse and the auditorium in 1923-24 using Francis A. Nelson as its architect. The auditorium is seen here in 1937. (Montclair Public Library) 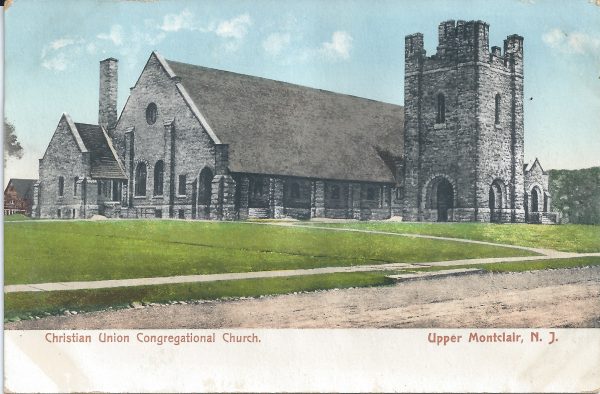 Although the Anderson family did not build this church, which dedicated its current building in 1900, he did serve on the church’s board of trustees from 1896 to 1914, and was a generous donor: In 1898 he purchased five silver trays and 150 silver communion cups; in 1902 he gave $10,000 to establish a fellowship at American University in Beirut, where the church’s departing minister had gone to become president; in 1908 he was among four members to underwrite a new parsonage; and in 1916 he funded a new organ. (American News Company, via Philip Edward Jaeger Collection)